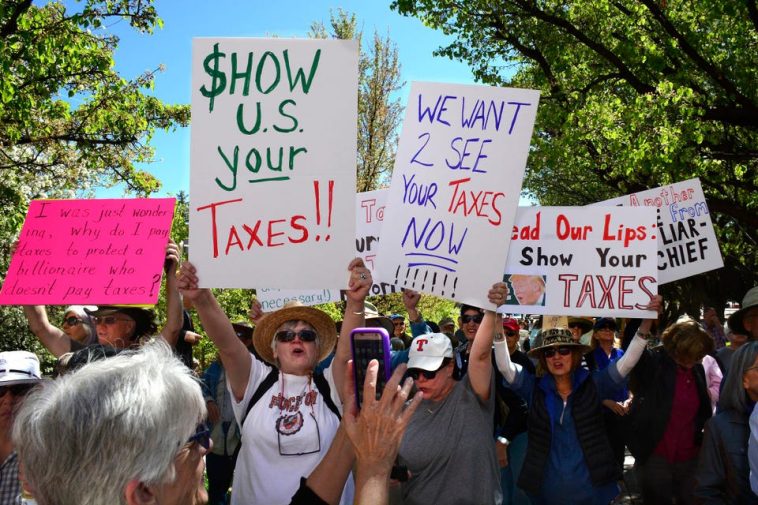 Every politician’s favorite fantasy is now one step closer to reality. With the public release of former President Trump’s tax returns, the House Ways and Means Committee may have opened a portal into chaos—even more chaos than could be considered normal when it comes to matters that concern interactions between Congress and the IRS.

Congress has been intent on viewing and releasing the former President’s returns since at least 2019 when Richard Neal (D-MA), Chairman of the House Ways and Means Committee, requested that the IRS provide the returns to his Ccommittee. Joseph Thorndike, political historian and regular columnist at TaxNotes, writes in a recent article that at the time of the request “leading Democrats had already spoken gleefully of their plans to make Trump’s tax returns public.”

According to Congressional testimony Professor Thorndike gave in 2019, “The public disclosure of private tax returns is not legally required of anyone and hasn’t been since the 19th century.” The testimony also notes that “this tradition of voluntary tax disclosure is inherently fragile…The public release of an individual tax return involves a real sacrifice of personal and financial privacy.” Nevertheless, voluntary compliance with the tradition allows potential future Presidents to follow an important tradition while maintaining some control over the information released. During the campaign President Ford only released a summary of his tax information. During the 2016 presidential campaign, candidates from both sides (Bernie Sanders, Marco Rubio, and Ted Cruz) provided only their annual Form 1040, while others (Hillary Clinton and Jeb Bush) provided complete copies of their tax returns (Form 1040 and all associated forms and schedules) for many years.

Former President Trump practically triple dog dared Congress to make an official request that the IRS provide his tax returns to them by flouting decades of tradition and refusing to voluntarily release any tax information during and after the campaign and repeatedly making accusations of being unfairly audited. Not only did the audit accusations bait Congress into using its authority to the official request, they provided legitimacy to the request by providing the committee with the “specific legislative purpose” required to request the returns. The request was made ostensibly to exercise the committee’s IRS oversight responsibility as it pertains to the IRS’ “mandatory audit program” for presidential tax returns. Nevertheless (to paraphrase Dr. Ian Malcolm), “Congress was so busy considering when they could [release the returns], they forgot to consider whether they should.”

Robert Kerr, Enrolled Agent and owner of Kerr Consulting LLC in Washington, D.C. notes that Ways and Means is “trying to thread this needle” [the public release of the former’ president’s tax returns] through the mandatory audit program but he notes that whether or not the IRS performed the mandatory audits “has no bearing” on the committee’s decision to publicly release the returns. Kerr also wonders how much consideration was given to what the results of not releasing the returns would be. Would there even be any? The report provided to Ways and Means by the Joint Committee on Taxation (JCT) was thorough and insightful enough to give the general public an understanding of the complexity of the former President’s tax returns and some of the issues that it felt could bear further IRS scrutiny. The committee followed that report with its own analysis, which was also publicly available.

One has to wonder if, after waiting three and a half years to get the returns, the committee’s Democratic members let their own sense of grievance get in the way of good government. Clearly the former president did not want his personal tax information released to the public. Congress has the authority to request those returns as well as the authority to decide to release them to the public. Taxpayers, however, have the right to due process. As someone with the resources to pay for representation, former President Trump exercised his right of due process to prevent the release of those returns to the fullest. The former president simply exercised the legal stalling tactics common for many wealthy individuals under IRS scrutiny. Indeed, his case went all the way to the Supreme Court.

Less than a month after he lost the Supreme Court decision, Ways and Means voted to release the returns publicly although two summary reports have already been released and Ron Wyden (D-OR) could, using his authority as chair of the Senate Finance Committee request copies of the returns so that Finance could do its own analysis.

Thorndike notes that anyone who “isn’t a little uneasy” at the release “hasn’t thought it through.” Republicans are already signaling whose returns they might consider releasing once they regain control of the House in January. The precedent could even extend beyond elected officials and candidates to appointees or even to campaign donors. All that must be done is to convince a court that there is a legitimate “specific legislative purpose” for the request and the bar for that is fairly low. For example, a campaign contributor’s returns could be requested to be reviewed for the purpose of campaign finance reform legislations.

Thorndike observes that even those people who feel that the release was both good and necessary find it complicated. “It opens issues that are hard to resolve and a door that is hard to close.” Thorndike notes that one argument for public release of the returns is that it allows their review to be “crowdsourced” by academics and “high-end” tax practitioners who are engaged in public policy. Nevertheless, Thorndike admits that this argument is imperfect.

To those who opposed the release of the returns, the release seems less about the efficacy of the IRS mandatory program for presidential audits (which exists primarily to relieve any individual at the IRS of the responsibility of deciding whether or not to audit the president’s tax returns) than simple retaliation. Indeed, according to Kerr it “plays directly into the narrative” that the main purpose of the request was to release the returns—an assertion that Chairman Neal has denied. Rather, Chairman Neal continues to insist that the request was made as part of Ways and Means IRS oversight duties.

In any case, it is clear from the JCT report that the IRS was slow to audit President Trump’s tax returns for the years he was in office. What isn’t clear is why. The mandatory review program requires “expeditious handling at all levels to ensure prompt completion of the examinations.” What “expeditious” means in the context of any audit is open to speculation. Jason Daughtry, a New Jersey Enrolled Agent who specializes in audit representation says “I would think two years for an enterprise that long for a non-president is reasonable.” Think Kanye West or Steve Wynn. “But for a president I’d think it would be almost immediate, since it’s mandatory. I mean, on election night once he’d won you’d think [the IRS] would start preparing for the audit.”

It is quite possible to that the IRS, with its usual failure of imagination, never contemplated the possibility of a businessman president with multiple tiered entities that number in the hundreds when it added the mandatory audit program to the Internal Revenue Manual. Perhaps the IRS simply failed to foresee a president with a tax return like Donald Trump’s, or Michael Bloomberg’s, or Steve Forbes’ or Mitt Romney’s.

When it comes to the IRS it may be best to apply a version of Hanlon’s Razor that substitutes “bureaucracy” for “stupidity.” The IRS isn’t stupid. The decision to delay the audits quite possibly wasn’t a conscious choice to avoid auditing the former President (which would be pretty stupid). More likely it was some combination of lack of will, lack of resources, and bureaucratic inertia related to the sheer volume of work that the task would require.

The Ways and Means committee report states that the mandatory audit program was “dormant” during the Trump administration. But the report implies causation for what may simply be correlation. Were the audits initiated in 2019 because Congress started asking (doing its oversight job) or were they just not as expedited as usual—possibly because the 2015 return was already under audit and the IRS was recognizing the scope of the job. The requirement for a “thorough review” of presidential returns also begs the question, when it comes to tax returns with the scope of the former President’s, just how much taxpayer funding and how many of the IRS’ already scarce resources should be expended in the effort (and for which presidents).

Thorndike notes that the Congressional investigation was focused exclusively on the mandatory audit program under the Trump Administration. “This keeps being a Trump story when it’s really an IRS story.” According to Professor Thorndike, a thorough investigation would not have begun and ended with President Trump but would have made inquiries into the program over its history since 1977. He also advocates for making the program statutory (part of the law) rather than merely an IRS policy. Were the program codified, Congress could specify that full returns (not just Form 1040) be provided. They could also provide penalties and enforcement mechanisms for failing to perform the audits. They could also specify what comprises a “thorough” audit and the amount of resources to be expended annually. They could even appropriate funding specifically to ensure that the program is implemented according to their edicts.

Of course, Congress could also do what Professor Thorndike recommended back in 2019. They could make releasing tax return information a statutory requirement for nominees for president and vice president. Thorndike suggests this could even be made part of the required financial disclosures almost as simple as “Please staple a copy of this year’s 1040 and all associated forms and schedules to your disclosure document.” Indeed this is one of the recommendations of the Ways and Means Committee makes in its report on the mandatory audit program.

Nevertheless, it must be noted that this recommendation was made roughly two and a half years after Professor Thorndike made the same recommendation in his congressional testimony and decades after annual voluntary release of tax return information became the norm for presidential candidates. Congress has had ample opportunity to legislate the release of candidate tax information right up until last week when the Senate could have chosen to include HR 9640, sponsored by Ways and Means Committee Chairman, Richard Neal (D-MA) as an amendment to be voted on with the omnibus spending package passed by the Senate. That amendment was not even attached to the bill for a vote.

The entire spectacle smacks of a core of revenge politics with a thin veneer of “in the name of transparency.” Congress needs to have the courage to legislate what it says it wants and to stop laying the blame at the feet of the IRS, especially considering Congressional oversight (and funding) of the IRS has been at best hit or miss for at least a decade. In the end, maybe this isn’t a Trump story. And maybe it’s not an IRS story either. Maybe it is a Congress story, the final chapter of which may never be written. 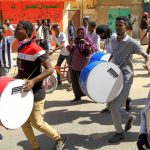 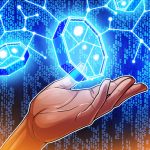