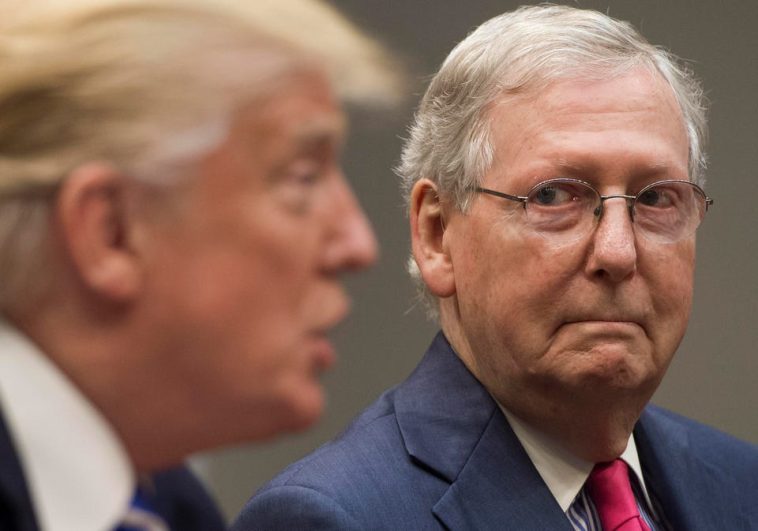 Former President Donald Trump assailed Senate Minority Leader Mitch McConnell following Republicans’ failure to win control of the Senate, accusing McConnell in a series of Truth Social posts of investing in the wrong midterm races and failing to back unsubstantiated claims of voter fraud, in the latest conflict between the Senate GOP leader and the former president.

Trump blamed Republican Senate candidate Blake Masters’ high-profile loss in Arizona on the McConnell-aligned Senate Leadership Fund’s decision to divert ad spending away from the race and spend “vast amounts of money” to back Sen. Lisa Murkowski (R-Alaska), who is trying to fend off a challenge from Trump-endorsed Republican Kelly Tshibaka.

Calling McConnell “the Republicans Broken Down Senate Leader,” Trump also claimed he failed to stop election workers in Clark County, Nevada from attempting to “steal” the Senate election from Republican Adam Laxalt, claiming “they’re finding all sorts of ballots”—there is no evidence of vote-rigging in Nevada, or anywhere else, during this year’s midterms.

Trump also falsely alleged McConnell supported the Green New Deal climate legislation championed by Rep. Alexandria Ocasio-Cortez (D-N.Y.)—while McConnell did bring Green New Deal legislation to the floor for a vote in 2019, he admitted it was intended to showcase Republicans’ disdain for the bill, which failed to pass the chamber when no senators voted in favor of it.

Trump has also launched a concerted effort to recruit others within the GOP to shift blame for the midterm losses onto McConnell by calling allies and elected officials to express his discontent with the Republican Senate leader, CNN reported.

Trump took a shot at McConnell’s wife, Elaine Chao, who served as transportation secretary under Trump, reprising a racist nickname he previously used to refer to her: “everyone despises [McConnell] and his otherwise lovely wife, Coco Chow!,” Trump wrote.

Prominent Republicans and pundits publicly criticized Trump in the wake of the midterm election, casting the GOP’s worse-than-expected performance as a referendum on the former president, whose preferred candidates lost a string of competitive races. In the latest sign the party is distancing itself from Trump, Rep. Jim Banks (R-Ind.) refused to say whether he will back Trump when and if he runs for president in 2024, an announcement Trump is expected to make on Tuesday. Banks, who is running for House majority whip, told Politico in July that he would support Trump if he ran in 2024. But when asked in an interview with Fox News Sunday if he will endorse Trump, Banks said “I believe Donald Trump was an effective president, I believe could be a very effective president for our country again. I’ll save my endorsement for another place and time for the 2024 race.”

Some Republican senators are reportedly questioning McConnell’s future as minority leader, and several members have sought to delay leadership elections slated for Wednesday, which could give another candidate time to mount a challenge against McConnell.

The senate minority leader faced backlash from within his party, including from Trump, in August when he suggested “candidate quality” could prevent the GOP from reclaiming control of the upper chamber in the midterm election. Trump has publicly feuded with McConnell for years and has repeatedly called for his ouster. McConnell, meanwhile, suggested Trump’s role in the January 6 Capitol riots was an “impeachable” offense, New York Times reporters Alex Burns and Jonathan Martin wrote in their book This Will Not Pass. McConnell ultimately blamed Trump for the attack, but didn’t vote to convict Trump in his impeachment trial.

‘I’ve Had It With This Guy’: G.O.P. Leaders Privately Blasted Trump After Jan. 6 (The New York Times) 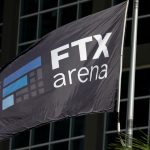