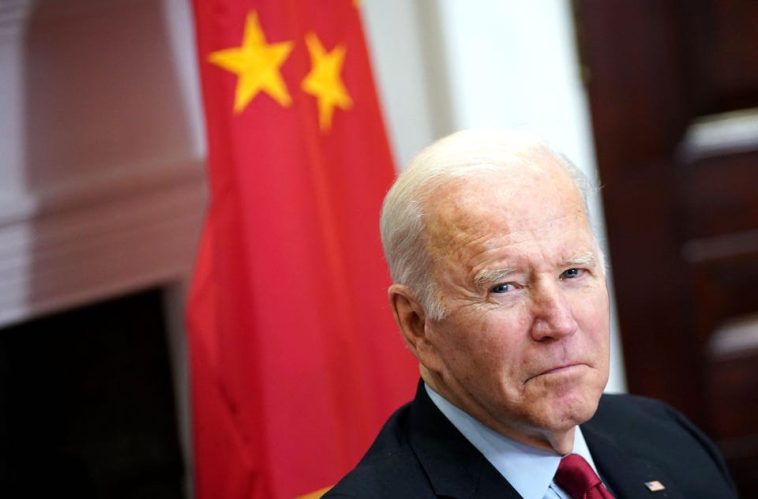 President Joe Biden meets with China’s leader Xi Jinping on Monday on the sidelines of the G20 meeting in Bali. What will they discuss? Taiwan? Xinjiang? Climate change? Yes, to all three. Trump’s trade war tariffs? Maybe. Russia? Definitely. But regardless of the topics, it is more likely that China and the U.S. remain at loggerheads post-meeting.

Why? Because in many ways, they must.

Call it a new Cold War, or an Economic War, Biden cannot be seen as caving to China. And the U.S. economy cannot afford to cave to China, meaning it allows China to remain the go-to maker of all things sold here — be it your KitchenAid blender or the solar panels on your rooftop.

China does not trust the West, let alone Washington. To China, which has dealt with colonial battles with the Frech, British and Japanese for centuries, the U.S. is no different from those old foes. The CCP does not want American soft power to reign supreme in its adjacent markets and does not want to be caught flatfooted in the South China Sea. So it is building its military. The U.S. can go pound sand, as far as Beijing is concerned. China will still build out its Navy’s firepower no matter what the sun-shiny photo ops suggest this week.

Geopolitical strains are here to stay. China doesn’t care anymore. To Beijing, the U.S. wants to dictate the relationship. Investments in China are not paying off.

At least two big Wall Street firms have recently opted out of the China market. Tiger Capital is one, saying they will pause investing further in Chinese stocks. And BlackRock has shelved its China bond fund ETF. China bonds are investment grade. Their yield is better than what the U.S. pays. They are liquid. The Chinese bond market has been coveted by Wall Street for years. This looks like BlackRock backed away due to pressure from Washington and activist groups pushing some top-tier college endowments to divest from China.

Corporations are not as bullish on China. In September, Apple reportedly moved production out of one Chinese city and into India.

The Gap clothing store is closing in China, having run afoul of Chinese politics. They were a victim of Chinese cancel culture. Everyone is going to face it sooner or later, even Disney. It is what it is.

Beyond the military rivalry between the U.S. and China, China’s economic rise means it can one day set the standards of how things are built (this widget must be one and a quarter inch thick, and this gizmo must be painted red with this chemical mainly produced in China, to keep it simple).

In terms of soft power, China’s tech companies are dominant. Their cell phone brands rival Apple and Motorola in the Americas, where China’s top three players combined have a more significant market share in the region than Apple and Motorola combined.

Chinese automotive is next. Ford manufacturing is out of Brazil. China’s BYD and Great Wall Motors are in.

For the U.S. to compete, it will have to offer incentives and create an environment where producers here want to produce here because it is affordable to do so. If it is not, they will produce it in Mexico or Asia, preferably China, which has the largest ports in the world and the most sophisticated logistics thanks to decades of China being the Western world’s manufacturing hub.

Anything that makes it more costly to do business in the United States, such as high energy costs or environmental regulations, makes outsourcing more interesting.

As the U.S. deindustrializes, to the victor go the spoils. That victor will be China.

Markets have been betting on this for years. The only reason they are not so sure about it now is because Trump blew it all up. Biden has gone along with it so far. And in the short term, Xi Jinping’s “zero covid” policy has been a dystopian nightmare, driving investors away even more.

It is dawning on Congress that China is not just a military adversary but an economic one. The two countries are at war for primacy in both innovation and manufacturing might. Beijing’s economic gain in advanced industries like semiconductors often comes at America’s loss. This trend is likely to continue, says Robert D. Atkinson, the founder and president of the Information Technology and Innovation Foundation, writing in Foreign Policy magazine on November 8.

“Domestic policies to boost U.S. competitiveness in key industries—and slowing down the adversary by limiting the economic inputs it gets from the United States and stymying access to U.S. markets by Chinese firms that benefit from unfair trade practices” is part and parcel to protecting U.S. economic might, Atkinson writes.

For starters, China hawks have long argued that Wall Street was funding Chinese defense contractors publicly traded in Shanghai, Hong Kong and New York. As of last August, Biden banned companies from owning dozens of off-limit Chinese military and defense industry stocks. Then there is the Commerce Department’s Entity List, which restricts Chinese companies from accessing key U.S. computer hardware, or bans their imports due to forced labor. Wall Street, for some reason, can still buy those stocks.

“In other words, virtually all parts of U.S. economic and foreign policy need to be aligned to win the economic war with China,” Atkinson says.

Elections that focus on “Culture War” issues often elect leaders who do not see the U.S. economy in this light. They are more concerned with drag queen story hours than with economic deserts teeming with drug rehab centers.

China is the growth story. If Washington fails to focus on this and instead focuses on environmental rules sold to climate change voters, then Washington ends up with more outsourcing of U.S. production — a boon to large, transnational corporations. Asian imports rise, as a result. Whether they come from China or from a Chinese-owned company in Saigon is irrelevant.

Chinese companies have been put on notice in some sectors. Clean energy is one. This is a hugely important manufacturing sector for China. They dominate in solar and are gaining on Europe in wind turbine manufacturing and wind energy brands spinning in the winds around the world.

Over the last year, Customs and Border Protection (CBP) has been tasked with looking for products coming into the U.S. made with goods sourced from companies that are banned here. One company is called Hoshine Silicon Industry, which is publicly traded and part of the Vanguard Emerging Markets Fund as of October 31.

On November 11, CBP seized solar imports from Longi, Trina and Jinko. Although Hoshine was not named, Hoshine was probably the reason for the seizure. This has happened before, and products are usually released. China importers have to hate this. But such is life when dealing with a market that is believed to benefit from prison labor in Xinjiang, the far western Chinese province that is home to the Uyghur Muslim population.

Biden signed the Uyghur Forced Labor Prevention Act into law this year. G20 talks won’t change that. It will still be a problem for China importers, as witnessed by the latest solar seizure.

Zero Covid: What is it Good For?

It is unclear if Washington (and, for that matter, Brussels) sees China’s Zero Covid policy as a scare tactic designed for the West. Recall that the Western world’s lockdowns were all modeled on China following the SARS2 outbreak in Wuhan. China had some pretty good theatrics at work back in the winter of 2020. Recall people falling down randomly, dying from what was then called the “Wuhan flu”. Nowhere in the world has this happened since, but it was enough to scare the West and convince the masses that China was the best way forward.

In some ways, Zero Covid is as much about Xi Jinping being hyper-vigilant (in the best-case scenario) as it is about reminding Chinese trading partners that China is an indispensable nation. When we shut down, your supply chains break, and if we want, we can break them repeatedly. This is quite the gamble by Xi. Such a posture, if taken, only strengthens U.S. resolve to move supply chains out of China. (Moving them to Vietnam and Thailand are good for supply chain diversity but do nothing for U.S. industrialization.)

One of China’s most important export hubs went into partial lockdown again last week. Despite a recent relaxation of public health restrictions in Hong Kong, China’s Zero Covid policy has not been shelved, Bloomberg warned in an article on November 11.

Let’s not forget, Washington, where our pandemic started.

Biden cannot just let bygones by bygones here. I don’t think he will.

Politically, it is unpopular with the electorate, even if the electorate is focused on easy-to-grasp Culture War issues. He can’t roll back the clock to pre-Trump because the U.S. ceases to become a growth economy if it lifts restrictions on China while enacting strict environmental rules at home. My will flow out of here and into Asia.

Sadly, for the China hawk, all roads still point to China.

This year’s trade deficit with China will be one of the biggest. Xi is also worried about his massive country’s dependence on the U.S. economy for exports. A stalemate may be the best outcome. Indeed a return to pre-trade war U.S. China relations is a cheap bet for investors, both portfolio investors and corporations. If that happens, the payoff for corporate America, Wall Street, and China will definitely be big. For Main Street USA — it’s the FTX crypto trade. 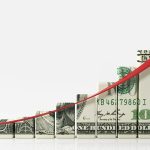 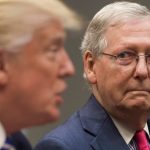