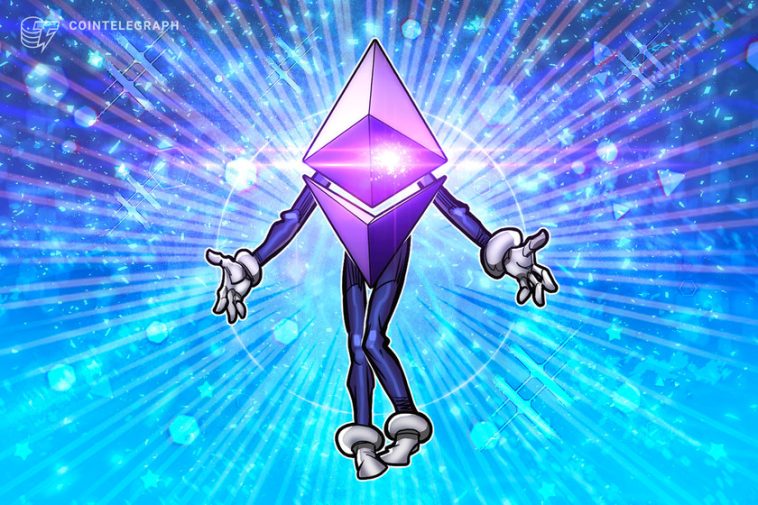 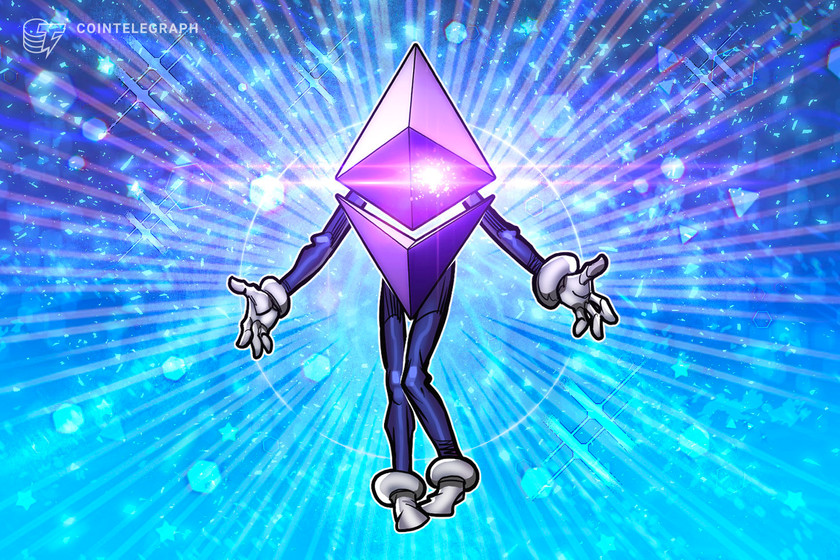 Ethereum’s rise means it has an intrinsic value. This article explores the cryptocurrency’s main features that add value to its offering.

Can Ethereum be a store of value?

The competition with BTC as a store of value is open. Due to its real-world usage, ETH has the potential to become the dominant digital currency, according to financial analysts.

Both BTC and ETH have long been regarded as hedges against inflation due to their decentralization and programmable supply. While Bitcoin’s limited supply of 21 million coins is a clear feature, Ether’s supply is not limited but considered disinflationary.

In contrast with Bitcoin, Ethereum has an unlimited supply of Ether. However, its circulation is capped every year through the mining process. This mechanism is called disinflationary because the supply is adjusted to the network requirements as it progresses and the price inflation slows down temporarily.

With Ethereum’s new PoS consensus mechanism, validators are rewarded a transaction fee for each verified transaction instead of miners being rewarded with new blocks, as it’s the case for PoW.

The staking mechanism ensures that Ether is locked up and the more coins are staked, the higher the chance they become more valuable because there are fewer in circulation. In a way, this process makes the cryptocurrency more scarce, even if in a different way from Bitcoin.

In February 2021, CME Group added Ether among its cryptocurrency offering alongside Bitcoin. This significant achievement means there’s an injection of more cryptocurrency traded in the markets, which might contribute to the rise of its value.

In December 2021, the CME Group also launched contracts for micro Ether futures, which are versions of the CME Group’s popular E-mini stock index futures contracts. They are smaller contracts than institutional investors’ contracts and are, therefore, more accessible and affordable to retail investors.

These are also expected to contribute to the value of Ether as more market participants from both institutions and retail investors gain more exposure to the cryptocurrency and hedge its price risk.

What is Ethereum 2.0 all about?

Ethereum is shifting from a proof-of-work (PoW) to a proof-of-stake (PoS) governance mechanism in the foreseeable future, resulting in a faster and more efficient blockchain.

The Ethereum Network has experienced a considerable spike in transactions volume and size since DeFi and NFTs have captured the finance and art worlds. Such traffic has often caused systemic bottlenecks with a significant rise in fees that have made the blockchain unsustainable.

To bring Ethereum into the mainstream and support an increasing number of transactions, the need for a substantial transformation emerged. The upgrade from PoW to PoS will make Ethereum more scalable, efficient and sustainable while securing its fundamental decentralization.

The upgrade will occur only at the backend within a technical framework without affecting how users transact and hold assets across the network. Ethereum’s roadmap envisions the following three phases for the upgrade to complete:

This update is already live, and it brings staking to Ethereum. It lays the groundwork for future upgrades and will coordinate the new system.

Mainnet Ethereum, which is the current network, will have to merge with the Beacon Chain at some point, and this is expected to happen in 2022. The merge will enable staking for the entire network and indicate the end of energy-intensive mining.

Shard chains are expected to be initiated in 2023. However, sharding is a multi-phase upgrade to improve Ethereum’s scalability and capacity. Shard chains enable layer-2 solutions to offer low transaction fees while improving the network’s performance.

Sharding is the process that allows smaller sets of nodes to process transactions in parallel without needing to achieve a consensus across the entire network. Ethereum 2.0 promises to bring transaction speed to as many as 100,000 transactions per second (TPS) through the deployment of shard chains, in contrast with the 30 TPS currently in place.

Ethereum’s transition to PoS has generated a heated debate within the crypto community. While some of the resulting benefits are clear including scalability and sustainability due to a more energy-efficient system, many fear decentralization could be at risk due to its implementation.

The PoS validation process may trip over large holding validators who can have excessive influence on transaction verification, thereby impacting the true nature of decentralization. Detractors of the transition also see sharding as a threat to the network’s security. Because fewer validators will be needed to secure the multiple and small shard chains, there is a higher risk that they could be more exposed to malicious actors.

Many crypto experts believe 2022 will be a make-or-break year for the price of Ether. The digital currency experienced an extraordinary rise since its launch in 2015, going from a mere $0.30 to a high of $4,800 in 2021, including highly volatile motions along the way.

Will Ether keep up with its massive growth through the shift to ETH 2.0? While it’s impossible to predict the price of any asset based on technical or fundamental analysis, crypto investors unanimously believe that ETH 2.0 will impact the intrinsic value of Ether, and a lot will depend on the smooth implementation of the upgrade.

As with any significant transformation, the initial deployment of ETH 2.0 might be a direct cause of volatility. Until the upgrade is thoroughly tested, approved and effective across the network, experts predict months of uncertainty which will inevitably affect the price of ETH.

In the long term, the transition to a more sustainable and efficient PoS will benefit Ethereum’s adoption for users and companies building on the platform. However, the way and timing this will all pan out is a cause of hesitancy among investors showing signs of caution with their allocation until there’s a more accurate outlook.

A lot will depend on the resulting upgrade success in demand and functionality and if the renewed platform will be able to keep its leading position among all other innovative network competitors.

What is the true value of Ethereum?

Given that intrinsic value is an investor’s perceived or actual value of an asset, utility is crucial to why Ethereum has attracted interest and capital across the crypto community.

In contrast with Bitcoin, which was created as a money alternative to national currencies, Ethereum was built as a platform that could facilitate programmatic smart contracts and applications using Ether.

Ethereum’s smart contracts have emerged as the platform’s primary utility, considering that they power valuable real-world use cases like DApps, DeFi and NFTs applications. They allow the automatic execution of agreements without the intervention of intermediaries like banks for financial transactions or lawful entities for legal arrangements.

Billions of dollars worth of assets are already locked up in payments, loans, insurance and any DeFi application shaping the future of finance. Ethereum smart contracts will likely change the way financial and public services are managed including categories like governance, supply chains, markets and digital identification.

Despite fierce competition from other blockchain networks, Ethereum remains the most popular platform for DApps, hosting the highest number of DeFi projects, NFTs and ERC-20 tokens.

What is Ethereum’s intrinsic value?

Before identifying what is unique about Ethereum, let us first explore the definition of intrinsic value and how it applies to digital currencies like Ethereum.

In finance, the intrinsic value represents the perceived or actual value of an asset or a currency. It should not be confused with the market price because assets can be over or undervalued.

Fiat currencies like the United States dollar or the euro have intrinsic value because they are issued by monetary authorities like central banks and are primarily used in their economy.

What is the intrinsic value of digital currencies? Governments’ central banks do not back cryptocurrencies like Bitcoin (BTC) or ETH, but their intrinsic value could be defined by their scarcity, use cases and technological application. Over the years, cryptocurrencies have gained a reputation as a store of value and promise they can also become units of exchange in the future.

Ethereum is a decentralized, open-source blockchain and the first network to launch smart contract functionality.

Ethereum was launched in July 2015, and in the span of a few years, it increased considerably in value due to its wide range of decentralized application (DApp) offerings. The explosive rise of decentralized finance (DeFi) and nonfungible tokens (NFTs) have sealed its success as the most actively used blockchain network.

Furthermore, its native currency, Ether (ETH), has solidly maintained its second position by market capitalization and daily volume in the cryptocurrency space.

Why does Ethereum have an intrinsic value? originally appeared on CoinTelegraph.com 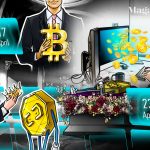 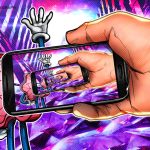