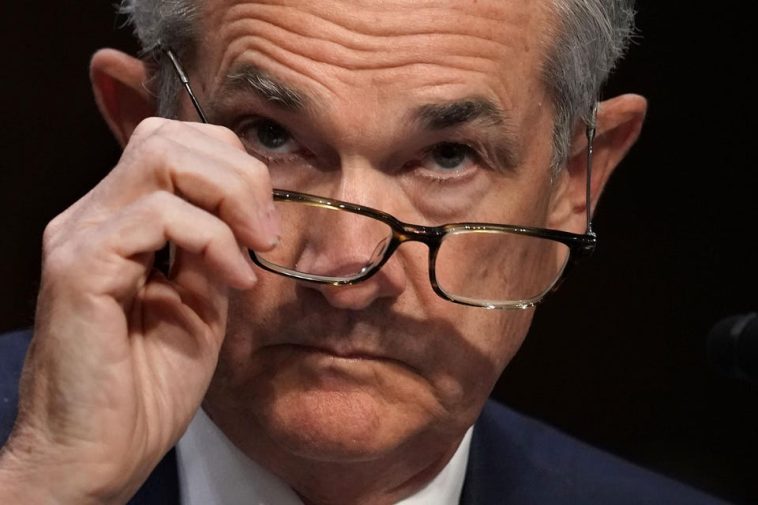 There’s another meeting of the Federal Reserve’s Federal Open Market Committee coming up in the middle of December—the time after which a press release will announce the next interest rate hike. Not if there is one, because there almost certainly will be, but how large.

Press coverage will, as always, be heavy, and the more immediate focus is on a speech Fed chair Jerome Powell will give at the Brookings Institution on Wednesday. “The event provides Powell with a stage to echo fellow Fed officials in signaling they will raise their benchmark rate by 50 basis points at their final meeting of the year, after four successive 75 basis-point hikes,” notes Bloomberg.

Only there’s no reason to think that even Powell will have the last word, as these actions require a vote, and indications have been all over the road.

Top Fed officials have been making public statements, each making the public case for what should happen. Ignoring intramural disputes, there are two basic camps. One is, to varying degrees, insistent that more pressure is necessary. Additional interest rate hikes, more pressure to end inflation.

In this camp are St. Louis Federal Reserve Bank president Jim Bullard, Kansas City Federal Reserve Bank president Esther George, and Fed governor Christopher Waller. They represent aspects of the “tighten things up more” wing. Bullard has called for the top Fed benchmark interest rate—the federal funds rate at which banks lend to one another overnight—to land between 5% and, add a gulp here, 7%. It’s already at 4%.

On the other side are the likes of Federal Reserve Bank of Boston president Susan Collins and Fed vice chair Lael Brainard. They say better outcomes are possible. The relatively optimistic Collins thinks it’s still possible to avoid a “significant slowdown” of the economy. Brainard thinks that additional high rate hikes should end soon. But even they are cautious and basically say things could turn sour.

What’s missing is a confident and moderate wing saying that things will likely be alright and that the country can afford measures like help to families who are still struggling with current economic conditions. Instead, there is a public tussle, not via debate and developed discussion so people can understand what the options are and come to conclusions, but through pronouncements and vague statements about how far there is until more stable and durable economic times reappear.

There are times as individuals or a society that we should sit back and take needed medicine, whether a vaccine against a public health menace that is the third largest and most preventable killer in the country and that can also devastate lives for an extended period of time, or actions to reduce a high risk of global catastrophe by reducing the amount of greenhouse gases pumped into the air.

But what if the medicine isn’t the solution? The Fed has three major ways of affecting the economy: changing interest rates and waiting for them to percolate through the economy; buying or selling government bonds or allowing them to expire; and discussing what it plans to do with forward guidance.

The current approach has focused on all three, which assumes that current inflation is a result of too much money in the system. You’d think that almost 15 years of easy money might have affected inflation on its own at some point before this, according to economic theorists. But they hadn’t, outside of asset prices like stocks and real estate. Because most of that loose money went into the large pockets of the people who already had a lot and who insisted on making even more off it.

But the current growth of inflation didn’t happen until the supply chain turned upside down with the onset of the pandemic and how actions to stop it led to major global shutdowns. That was on top of 30 years of reckless corporate activity—experts really have been saying it this long—thinning out supply chains and inventories because it took that sort of cash gobbling investment off balance sheets, making investors delighted. But it was like not filling a car’s gas tank until the needle hovered over empty, and then racing off before the vehicle was stuck, unable to move. Eventually luck runs out—and the economy’s did finally.

Those experts who doubt the predominance of the supply chain issue should talk to ordinary companies and ask them how supply chain issues are now. There are still companies having trouble getting items, whether products or components or materials. Not as bad as the height of the pandemic, but bad enough.

We all pretend that things should get better right away, even though many companies, even the largest, lost boatloads of money in that first year plus and they’re intent on replacing it. Like a local restaurant that had been around for maybe 12 or 13 years, run by owners with a lot of experience in the business, that went under because there had been too much time shut down, too much money lost, too few people to work and so to make regular operations harder to pull off. The owners finally said, “Sorry, folks, but we’ve had enough and can’t keep doing it.”

Maybe the medicine is to realize that if easy money goes to making vast fortunes for the already wealthy and then a bad time happens, most regular people can’t necessarily absorb the costs and have to eventually pass it on. Like looking at the PPI, or producers price index, which is the business inflation equivalent of the consumer price index, or CPI. It’s generally higher. Overall, companies in October were paying 8% more for finished product and goods than the year before. CPI was 7.7%. In some specific areas the differential is much bigger. Need a new building for private business? The PPI was 19.6%.

The economic predictions and supposed solutions focus on these overly simplified views of the world, and then try to treat them as natural law rather than what they are, models that can’t adequately encapsulate the dynamics of an economy. As a result, whatever the Fed decides has a good chance of not being the real medicine the country needs. Like insisting that blood letting is the only solution.

Even if they are right, though, and they slow the growth of interest rate hikes, the pain will continue because everything—interest rates and prices—will remain at those higher levels. Slowing the growth doesn’t reduce either, it lets them continue to grow.

Maybe someone can at least provide the average person the economic equivalent of an aspirin for pain.

What’s The Fed Going To Do? Nobody Knows—Not Even Them originally appeared on Forbes.com 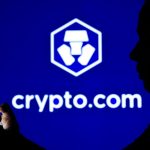 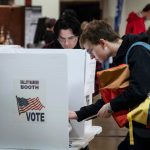