They came screaming in at treetop height, somewhere over Ukraine. The pair of swing-wing Ukrainian air force bombers dropped a clutch of bombs then speeded away, popping flares to distract Russian air-defenses. Below and behind them, a Russian tank exploded.

A dramatic drone video that circulated online on Tuesday, depicting the above attack sortie, underscores a growing gap between the Ukrainian and Russian air forces as twin Ukrainian counteroffensives in the south and east enter their second month.

Ukrainian pilots against the odds are supporting their friends on the ground with aggressive, accurate close air support. Russian pilots are struggling to do the same—and are getting shot down in the process.

The Tuesday video is at least the third in recent weeks to feature the Ukrainian air force’s two-seat, twin-engine, supersonic Su-24s with their variable-geometry wings, in action over Ukraine.

That the air force has any Su-24s left, as Russia’s wider war on Ukraine grinds into its eighth month, itself is news. The Ukrainian air force owned just a dozen or so operational Su-24s, all of them leftovers from the Soviet era, when Russia attacked in late February. The Russians quickly shot down, or blew up on the ground, 11 of the dozen.

But Ukraine had scores of old, derelict Su-24s in storage. With what must have been heroic effort on the part of technicians and engineers, the air force returned to front-line service enough old bombers to restore the service’s sole Su-24 unit, the 7th Bomber Regiment in Starokostiantyniv in western Ukraine.

Now Su-24s are flying bombing sorties—frequently enough and close enough to front-line forces that they’re all over social media. Even in this context, the Tuesday video is special. For the accuracy of the raid, if for no other reason. The two bombers, flying fast just above the forest canopy, struck with unguided bombs a Russian tank, while the tank was under the cover of the trees.

It’s hard to overstate how difficult it is to do that. For this sort of attack, the world’s leading practitioner of close air support, the U.S. Air Force, usually employs guided munitions—and from medium altitude. There’s more margin for error, and more time for corrections, between the moment the plane releases its munition and the moment of impact.

But the USAF approach to CAS assumes it has suppressed enemy air-defenses—and also assumes support from a host of enabling people and systems. Satellite, drones and controllers on the ground feeding real-time intelligence to the bomber crews, to name a few. High-fidelity sensor pods on the attack planes themselves, to name another.

The Ukrainians do not have air-superiority. And while they do enjoy support from U.S. intelligence agencies and do have drones and troops on the ground locating enemy targets, they don’t benefit from the high-tech kill-chain the Americans take for granted.

It’s obvious how the Su-24 crews avoided getting shot down by the Russians. They flew low and fast. It’s less obvious how they managed to strike a tiny target with unguided bombs—a target they almost certainly could not see until they were right on top of it.

Videos we’ve seen from inside the cockpits of Ukrainian warplanes over the last seven months might offer some clues. One video compilation from a MiG-29 pilot shows at least two commercial GPS systems strapped to the cockpit. The biggest and most modern, a Garmin 660, in theory could help steer a bomber crew to precise coordinates.

So it’s possible that forces on the ground, or the operators of a drone, spotted the Russian tank, pinpointed its GPS coordinates and fed them via voice radio to the Su-24 crews fast enough for the crews to bomb the tank before it moved.

It’s simple. But hardly easy. Everyone involved had to act swiftly. And even with accurate targeting and navigation, the bombing run itself was a perilous affair. The low altitude alone represented a serious risk to the crews. Add to that the danger from Russian air-defenses.

Skill and bravery. They are what made the Ukrainians’ tank-strike possible. And they’re why the Russians haven’t been duplicating the strike. Yes, the Russian air force is back in action after sitting out the first couple weeks of the Ukrainian counteroffensives. But its biggest successes have come in striking buildings in positions the Russians themselves recently occupied.

And even those raids have proved extremely costly for the Russians. They lost four warplanes on Saturday alone. By contrast, there haven’t been any confirmed Ukrainian warplane losses since late August.

It’s clear by now the Ukrainian air force is better at close air support than the Russian air force is. Justin Bronk, an analyst with the Royal United Services Institute in London, has pointed out the relative paucity of training on the Russian side.

Without better training, Russia’s pilots “would struggle to effectively employ many of the theoretical capabilities of their aircraft in the complex and contested air environment of Ukraine,” Bronk predicted back when the war was young. 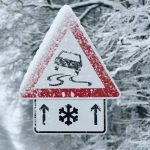 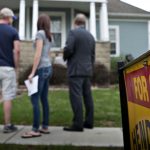