LONDON (Reuters) - The chief executive of Vale SA (NYSE:VALE) said on Friday the Brazilian iron ore miner is reconsidering a near-term spin-off of its base metals business and an eventual public listing.

The Brazilian miner had a longstanding plan to sell the unit that was still being considered as recently as 2021.

But rather than selling all or part of it, the company is now looking to separate and ring-fence the copper and nickel unit from the iron ore business as the two have different growth prospects, Eduardo Bartolomeo said at the FT Mining Summit.

The idea is to eventually grow the base metals unit as big as Vale today, which has a market capitalisation of $66 billion, and take it to the public market, Bartolomeo said, without giving details on timing.

There is "huge growth" in base metals, whereas iron ore is a mature business, he added.

Copper and nickel are poised to see strong demand as a result of the transition away from fossil fuels, as they are needed in electric vehicles, their charging stations and other renewable energy infrastructure.

Vale, once the world's top producer of the steel ingredient, said in September that global demand for nickel should increase 44% by 2030 to 6.2 million tonnes.

It also expects global demand for copper to rise by about 20% by 2030 to 37 million tonnes. 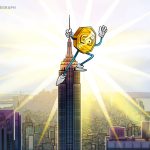 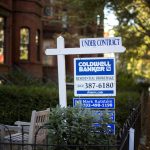