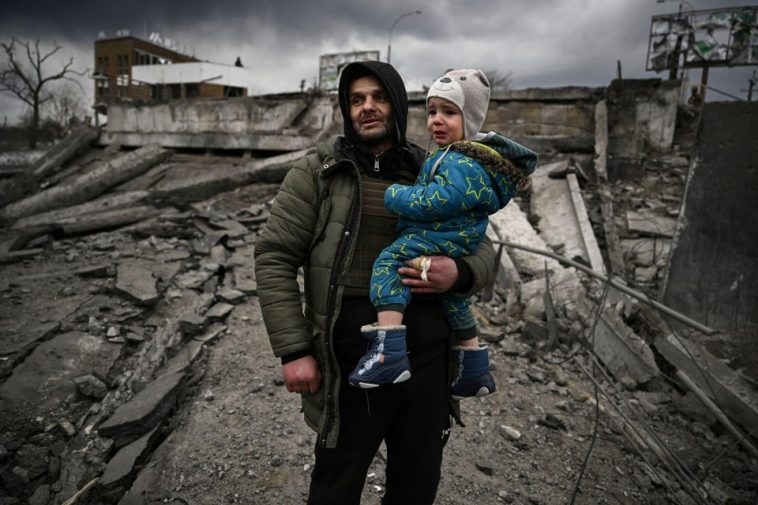 Frans Timmermans just addressed the International Renewable Energy Agency’s (IRENA) assembly, saying the two most significant events in his long life have been the fall of the Soviet Union and Russia’s invasion of Ukraine — an attempt by an autocracy to occupy a peaceful, democratic country. But the war has backfired on Russia and forced much of the world to speed up their transition to green energy and reduce their energy consumption.

That’s a positive stride toward remedying climate change — a central theme of the event in Abu Dhabi. Indeed, renewable energy and rainforest management are the most credible ways forward to reach the goals of the Paris climate agreement.

“We are speeding up renewables and diversifying our energy supply because Putin has turned energy into a weapon,” says Timmermans, first vice president of the European Commission. “Our energy sovereignty can’t be found in fossil fuels but in renewables. This transition is moving faster than ever before.”

But is it fast enough? Europe’s Green New Deal aims to cut the continent’s greenhouse gases in half by 2030 and be carbon neutral by 2050 — a deal struck in 2019. Meanwhile, the United States wants to be carbon neutral in 2050.

The world added 295,000 megawatts of new renewable power capacity in 2021 and another 320,000 megawatts in 2022. Nevertheless, green energy use must triple globally by 2030, providing millions of jobs — especially in developing nations. Meanwhile, fossil fuels make up 75% of all man-made emissions and roughly 80% of all energy use.

Russia will lose market share, but fossil fuels won’t evaporate. Still, the Russian invasion of Ukraine signals to Big Oil that it needs to diversify — to go long and explore wind and solar and develop battery storage and carbon capture.

Every country worldwide signed on to the Paris agreement, which seeks to limit temperature increases to 1.5 degrees Celsius by mid-century compared to pre-industrial levels. Failure to do so will accelerate rising sea levels, exacerbate flooding and droughts, and jeopardize food and water security. Scientists say we are now close to 1.2 degrees, although the risks depend on geography.

“We are moving slowly and putting ourselves at far greater risks, potentially jeopardizing the most exciting economic transformation,” says John Kerry, U.S. Special Presidential Envoy for Climate, during the IRENA Assembly. “If we just deploy the renewables at the level we could, we can meet the 2030 goals.”

He adds that 138 countries with less than 1% of annual CO2 emissions are at the mercy of 20 nations that make up 80% of those releases. “We need to help the countries that can’t do it themselves. This is the greatest challenge the planet has ever faced. The odds of more damage coming because of climate change is 100%.”

IRENA says that the price of wind and solar has fallen by two digits since 2020. That’s why about 80% of the installed electric generation capacity has come from renewables in the last four years. But we need to triple the investments in renewables — from the existing installed base of 260 gigawatts to more than 800 gigawatts by 2030. That will require an investment of $5.7 trillion.

“There are very high fossil fuel prices, especially since Russia invaded Ukraine,” says Prime Minister Siaosi Ofakivahafolau Sovaleni of Tonga, a Polynesian kingdom of more than 170 South Pacific islands. “We want to get away from this and to reach 70% renewables by 2025 — only possible through partnerships with the private sector. Climate change is an existential threat to us in the Pacific. For us, it is a matter of survival. We (eventually) need 100 percent renewables.”

But will the energy transition constrain or facilitate economic growth? The change will take time, and can’t leave anyone behind. The quest now is to have universal access to electricity and to keep the lights on — something that requires profound advances in energy technologies: battery storage and green hydrogen, to name two. “Unless we solve the ‘round-the-clock’ issue, we will not have an energy transition,” says Shri Raj Kumar Singh, minister of Power and Renewable Energy for India.

According to IRENA’s research, tripling the rate of renewables will increase the gross domestic product worldwide by 2.4%. The 85 million new positions linked to the green energy economy would dwarf the 16 million lost jobs tied to the old economy. At the same time, the White House Office of Management and Budget’s recent study found that climate change could reduce the economic output in this country by 10% and force the government to spend $25 billion to $128 billion each year on disaster relief.

What is our responsibility to the next generation?

Clean energy is undoubtedly the 21st Century’s new economic frontier and the catalyst to achieve decarbonization. That’s the view of Achim Steiner of Germany, the Administrator of the UN Development Program.

He told reporters that solar and wind are the cheapest energy per kilowatt hour. But while they generate more jobs and provide energy access to remote regions, they need help in the larger political, financial, and regulatory world. Some countries use renewables to generate between 70% and 90% of their energy. “So the single variable is leadership.”

Take India, which 8 years ago viewed renewables as untenable: Today, however, the country is planning for 450,000 megawatts of green energy by 2030. Meanwhile, renewables fuel 90% of the electricity consumed in Kenya.

Uruguay, which gets 98% of its power from green energy, has created a $1.5 billion green bond — contingent on preserving its rainforests and meeting its clean energy goals. If it does, the interest rate payment goes down. Meantime, Brazil is at a crossroads: its economy depends on oil development from Petróleo Brasileiro S.A., but its indigenous peoples live off the Amazon Rainforests, which are also the earth’s lungs, soaking up CO2 from the atmosphere.

“The temptation is to say we will exploit (fossil fuel development) for as long as possible,” says Steiner. “But there is no doubt we are headed for a decarbonized world. It is a transition. We are not asking to switch off tomorrow.”

The United Arab Emirates — home to COP28 in November 2023 — is a case in point. Two decades ago, the oil-producing country embraced the New Energy Economy and diversified. In 2009, oil comprised 85% of its economy. Today it is 30% and focused on green energy, which will create 200,000 new jobs between 2025 and 2050. The UAE is also investing $50 billion in green tech on six continents.

Miriam bint Mohammed Saeed Haren Almheiri, minister of climate change and environment, told reporters that her country supports a “just energy transition” that is “ambitious and pragmatic,” adding that “Climate action is not a cost to bear but an opportunity to seize.”

The political, economic, and environmental spheres have collided, making it imperative to speed up the movement to renewables — a transition that will produce jobs, prosperity, and energy security. 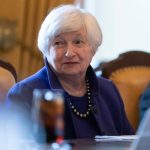 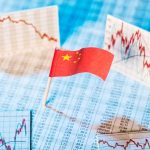