Five nations import more vodka into the United States than Russia, which has accounted for less than 2% of U.S. imports for nine straight years.

Like that all our imports come from China? (Only about 18% do.)

Or like Russia matters when it comes to U.S. vodka consumption. (Clearly, it doesn’t.)

In a year, when liquor imports are soaring to record levels, some might even believe vodka to be the liquor of choice for Americans. (The value of tequila imports was more than twice that of vodka last year and continues to grow this year.)

In fact, the percentage of U.S. vodka imports from the world among all liquors, such as tequila, rum, whiskey, brandy, gin and all the rest, fell to its lowest level since 1998, at less than 14%.

(You can count on government to act decisively and quickly when it doesn’t really matter. Ten states have banned Russian vodka sales in reaction to the invasion of Ukraine.)

For the 11th straight year, France has accounted for more than 40% of U.S. imports by value. The better-known French brands are Grey Goose and Ciroc.

The Netherlands, which topped 20% for the fourth straight year, is best known for Ketel One.

Latvia is best known for Stolichnaya, a vodka founded in the former Soviet Union, whose Russian founder fled to Luxembourg in 2000 when Vladimir Putin became Russia’s president. Ownership remains contested. It rebranded as Stoli this year.

Poland has shifted from 4%-6% for the last 15 years. It is best known for Zubrowka, which Euromonitor said was the world’s third best-selling vodka in 2020, trailing only Smirnoff and Khortytsa.

It is safe to assume its market share will fall precipitously this year, due to the devastation from the Russian invasion that began in February and continues. 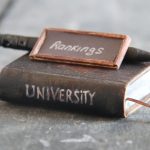 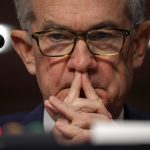