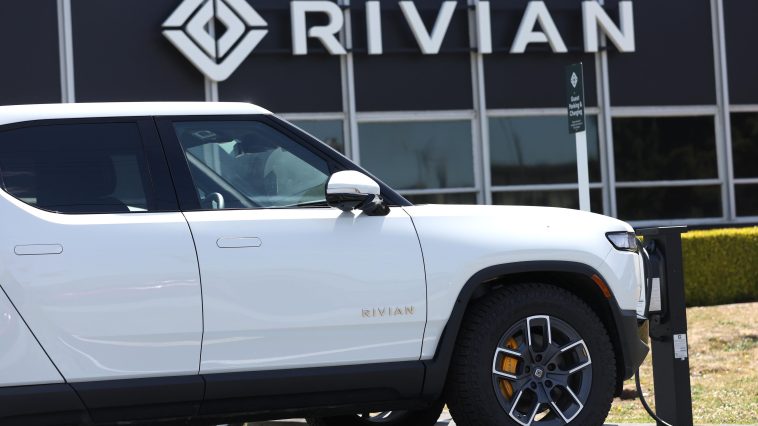 Rivian’s stock tanked by almost 20% and hit a new low on Monday as the company’s IPO lockup period ended, giving some early investors—including Ford, according to reports—their first chance to sell shares of the electric vehicle startup, which have cratered amid the wider market selloff so far this year.

Rivian’s stock fell nearly 20%, sinking to a new all-time low of around $23 per share, as some of the startup’s early investors sold shares on Monday following the expiration of the company’s IPO lockup period.

The stock was especially hard-hit after CNBC reported over the weekend that one of Rivian’s two biggest corporate investors, Ford, would sell 8 million of its 102 million shares in the electric vehicle maker.

Sources also told CNBC that JPMorgan plans to sell between 13 million and 15 million shares of Rivian on behalf of an unnamed investor who is looking to offload shares.

Rivian’s other biggest investor is Amazon, which owns a nearly 18% stake, though few Wall Street analysts expect the e-commerce giant to sell its shares, as it has signed a deal for 100,000 electric vans by 2030.

After going public at a valuation of $90 billion last November, Rivian saw its stock surge as high as $179 per share before crashing down to earth in 2022: Shares of the electric vehicle maker are down 77% so far this year.

Even as Rivian struggles to ramp up production of its electric pickups and SUVs amid ongoing supply chain issues, most Wall Street analysts maintain a “buy” rating on the stock and remain convinced that it will eventually bounce back.

“The report of Ford selling 8 million shares is not what any Rivian investor wants to see,” Dan Ives, analyst for Wedbush Securities, told CNN on Monday. “The stock has been a debacle since the IPO . . . I think you’re seeing with the lockup ending, investors are hitting the sell button in a jittery market.”

Rivian’s stock has continued to hit new lows in recent months, especially as investors turn away from speculative growth and technology stocks amid the wider market selloff. The electric vehicle startup reported lackluster quarterly earnings in early March, in which the company reported a nearly $5 billion loss in 2021 and warned supply chain issues would hinder production in 2022. The weaker-than-expected forecast spooked investors, with Rivian predicting it would produce just 25,000 electric pickups and SUVs this year.

Analysts at CFRA maintained a “hold” rating on Rivian stock Monday, despite the recent struggles. The reports that Ford is planning to sell shares—just days ahead of Rivian’s first-quarter earnings release—is adding significant “downward pressure” to the stock, writes equity analyst Garrett Nelson. He says the news is “not surprising,” though, given the two companies terminated a partnership to jointly develop a vehicle last November and as “Ford begins deliveries of the F-150 Lightning, a direct competitor to Rivian’s R1T pickup truck.”

Rivian founder and CEO RJ Scaringe’s net worth fell below $1 billion in March, as shares of his electric vehicle maker declined after earnings. He is no longer a billionaire—with his fortune down from $3.4 billion in October 2021.

Here’s Why Rivian Can Successfully ‘Challenge’ Tesla, According To These Major Firms (Forbes) 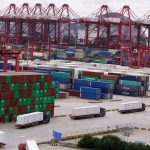 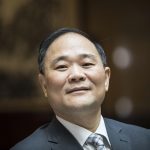