Renault pleased investors with its first-quarter financial results, the first big European manufacturer to report, despite the future of its Russian subsidiary and the alliance with Nissan remaining in jeopardy.

Renault shares jumped more than 2% Friday, with investors apparently reassured by the company’s reiteration of its financial outlook for 2022 made in March that the operating profit margin would be around 3%. Renault shares dived more than 40% after Russia’s invasion of Ukraine in February and have recovered about a third of that after bottoming out in early March. On Friday, the STOXX Euro 600 Auto shares index fell 1.5%, making Renault’s move on the day comparatively more impressive.

French companies reveal profit figures every half year and only report sales after 3 and 9 months.

Investment researcher Jefferies said Renault’s performance was reassuring with revenues excluding the Russian operation almost flat with price strength offsetting volume loss. The impact on the rising price of raw materials this year has now ballooned about 3 times over last year’s compared with an earlier expectation of two times.

“Renault needs positive news, such as working more closely with another group or joining forces with a new partner, especially as the alliance with Nissan is not going well and the progress of the AvtoVAZ/Lada stake is unclear. However, Renault, like most manufacturers, is likely to benefit from the shortage economy, where price effects beat volume effects, and manufacturers make high profits despite low sales,” Schwope said.

Renault has said it planned to withdraw from Russia but so far has provided no details. It said Friday talks on the future of these assets were making progress.

Meanwhile, according to a report published by Automotive News Europe, Renault is considering either selling part of its 43% stake in Nissan back to the Japanese company or seeking an outside buyer. Quoting “people familiar with the matter” the report said this might involve China’s Zhejiang Geely Holding, which owns Volvo Cars.

Mercedes and Stellantis have also been suggested as possible partners if the Renault/Nissan alliance, which also includes Mitsubishi, finally breathes its last. Investors say Renault needs an active partner to stay competitive in the global automotive business currently in turmoil from the after-effects of the coronavirus pandemic, the semiconductor and supply-chain crisis, the electric car revolution, and the Russian invasion of Ukraine

Renault acquired the 43% stake in Nissan when it bailed the company out of bankruptcy in 1999. Nissan has a 15% non-voting stake in Renault. France owns 15% of Renault. Some commentators have said Renault should sell part of its stake back to Nissan, which would help smooth the uneven power balance. This would also help restore Nissan’s power and raise money too, but requires French government approval.

Renault CEO Luca De Meo launched a recovery program last year called “Renaulution”, which sees the launch of 24 new vehicles by 2025 and more electric cars. Renault might also use money from selling its Nissan stake to fund its mooted plan of spinning off electric car assets including Nissan’s. The remaining gasoline and diesel assets would also be bundled together between Renault and Nissan.

Renault generated 10% of its revenue and around 12% of its operating profit margin in Russia in 2021. Renault has owned 51% of AvtoVAZ since 2016, along with Rostec State, a Russian government-owned corporation headed by Sergey Chemezov. Renault sold nearly 500,000 vehicles there in 2021, including 358,000 Ladas and 135,000 Renault branded cars, mainly for its Dacia value company.

Analysts have said Renault looks to be the weakest of Europe’s mass car manufacturers, not least because it turned down the chance of an alliance with what used to be Fiat Chrysler Automobiles (FCA). Groupe PSA later move in and merged with FCA.

Former alliance leader Carlos Ghosn wanted a full merger of Renault and Nissan to placate Japanese concerns that France had an overwhelming and unfair share of the power in the alliance. His arrest and escape from Japan put an end to that plan.

Upcoming first-quarter results include Mercedes (April 27), Ferrari and VW (May 4), Stellantis and BMW (May 5). 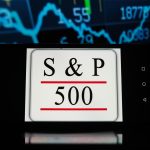 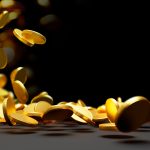