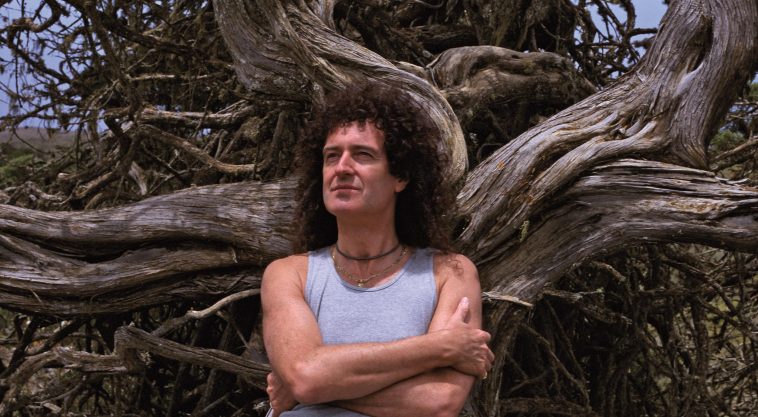 In August 2021, Queen guitarist Brian May re-released his first full-length solo album, 1992’s Back to the Light, which at the time had been previously out of print. A powerful and emotional album, Back to the Light drew from his personal experiences at the time, including the deaths of his father and his Queen bandmate Freddie Mercury. The reissue was the first installment of the Brian May Gold Series, whose name hinted at the possibility of more archival solo material to be released from the guitar legend. In a Newsweek interview from last year, May said about that series: “That’s where I’m heading. I’m already working on Another World, which I’m very excited about. We’re gonna treat it in a similar way [like Back to the Light] and do all the polishing that’s necessary.”

Now May has now completed that goal. First released in 1998, Another World, May’s second solo effort, has also been reissued and remastered in a variety of formats: the original album; a deluxe edition featuring a disc of bonus material recorded from that period; a vinyl LP; and a limited collectors edition box set. Coinciding with the reissue is a new book that collects Brian May-inspired fan art, with the sales proceeds going to the Save Me Trust, whose mission is devoted to animal rights.

In the original sleeve notes to the album, the guitarist wrote: “This album is the outpouring of a confused brain still trying to make sense of EVERYTHING, and amidst vast areas of despair, finding a few flashes of light.” Musically and thematically, Another World follows in the same vein as Back to the Light—a showcase of the rock legend’s dazzling guitar heroics and heartfelt, soul-searching lyrics.

Another World is not short on the rollicking rock numbers that have been a trademark of Queen—among them the driving and turbulent “Business”; the explosive “China Belle”; the very buoyant and optimistic “On My Way Up”; and the gunslinging attack of “The Guv’nor” (featuring fellow guitar great Jeff Beck). They are complemented by a few reflective ballads in the form of the delicate “Why Don’t We Try Again” and the yearning title song, which contains arguably one of May’s finest lead vocal performances. Rounding out the album are three cover songs from the first three decades of rock and roll: Larry Williams’ raucous “Slow Down”; Jimi Hendrix’s dreamy “One Rainy Wish”; and Mott the Hoople’s glam rock classic “All the Way to Memphis.”

Meanwhile, the bonus material on the Another World reissue offers a snapshot of May’s recording and touring activities around the time of the original album’s release, including the four covers from the rare promo Retro Rock Special EP under the guitarist’s alter ego T.E. Conway: “Hot Patootie” off of The Rocky Horror Picture Show; Buddy Holly and the Crickets’ “Maybe Baby”; Conway Twitty’s “It’s Only Make Believe”; and the Shadows’ “F.B.I.” Along with alternate versions of some of Another World’s tracks—including a Spanish-sung rendition of the title song—the second disc contains live performances of “On My Way Up” and a slightly rearranged version of Queen’s iconic rocker “Hammer to Fall.” Another rarity is the moving piano ballad titled “My Boy,” which dates back to 1980.

There’s a poignancy that permeates Another World, as it was originally dedicated to both May’s late mother and drummer Cozy Powell, who had appeared on both that album and Back to the Light before his death in a car crash in 1998 at the age of 50. It’s also felt on the pummeling rocker “Cyborg” that featured an extraordinary performance by Foo Fighters’ drummer Taylor Hawkins—which makes listening to that particular track now in the wake of his recent passing even more gut-wrenching.

In his new sleevenotes for the reissue, May wrote: “It seems perhaps that in 2022 we ARE in Another World, but if it’s not quite the world we asked for, perhaps we can still reach that perfect world … in our dreams.” Very similar to Back to the Light, Another World showcases May’s talents even more to the foreground outside of his work in Queen. And even though Another World’s songs were recorded nearly 25 years ago, its themes and sentiments – doubt, uncertainty, hope and perseverance—still feel timely and relatable today.

Queen’s Brian May Revisits ‘Another World’ for Reissue Of His Solo LP originally appeared on Forbes.com 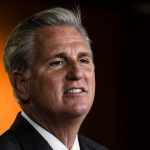 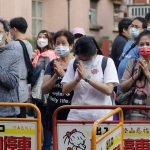