Orrin G. Hatch, the conservative lawmaker from Utah who served seven terms as U.S. Senator—making him the longest-serving Republican Senator—died on Saturday at the age of 88.

In a statement, the Orrin Hatch Foundation said the former senator passed away at 5.30 pm in Salt Lake City surrounded by family but did not mention a cause.

Hatch is survived by his wife and their six children.

While Hatch was staunchly conservative on several legislative issues he also teamed with Democrats to several times during his career.

“In a nation divided, Orrin Hatch helped show us a better way by forging meaningful friendships on both sides of the aisle. Today, more than ever, we would do well to follow his example. May we honor Orrin’s memory by living as he lived—committed to our country, to our principles, and to each other,” Hatch Foundation chairman A. Scott Anderson said in a statement.

In his four-decade-long career as a senator, Hatch championed several key GOP causes including curbs on abortion and helping build a conservative majority on the Supreme Court. Later in his career, he became an ally of former president Donald Trump and as the chairman of the Senate Financial Committee helped pushed through a major rewrite of the U.S. tax code. Despite being backed to run for an eighth-term, Hatch retired in 2019 stating that “every good fighter knows when to hang up the gloves.” Hatch was replaced by Republican Mitt Romney, who was a vocal critic of Trump. 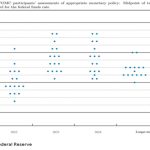