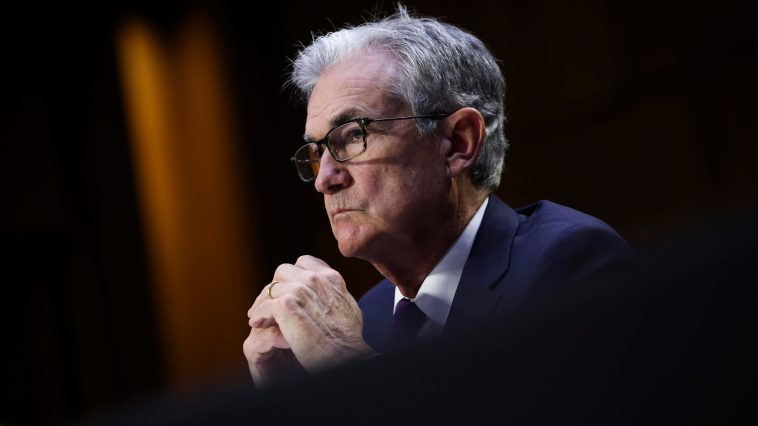 The stock market reversed gains and moved lower on Thursday following comments from Federal Reserve Chair Jerome Powell, who signaled aggressive interest rate hikes ahead while all but confirming market expectations of a half-percentage point increase at the central bank’s next policy meeting in May.

Stocks rose earlier in the day thanks to a batch of strong quarterly earnings reports, but turned negative in the afternoon: The Dow Jones Industrial Average fell 1.1%, around 350 points, while the S&P 500 lost 1.5% and the tech-heavy Nasdaq Composite 2.1%.

Markets moved lower after Fed Chair Powell hinted at aggressive rate hikes starting next month, adding, “I would say 50 basis points will be on the table for the May meeting.”

“It is appropriate in my view to be moving a little more quickly” with raising interest rates, he said during a panel discussion hosted by the International Monetary Fund on Thursday.

Powell’s statements are largely in line with market expectations, as Fed officials have been warning about “more aggressive” rate hikes—including by half-percentage intervals—since last month.

Government bond yields spiked following Powell’s comments, with the ten-year Treasury note trading at 2.92%, up from 1.5% at the start of this year and close to its highest level since 2018.

Despite some Wall Street experts warning that corporate earnings could take a hit from inflationary pressures, so far, results have been largely positive. Of the 88 companies in the S&P 500 that have reported earnings so far, 80.7% have beaten analyst expectations.

“The views of Fed officials from across the policy spectrum remain relatively unanimous about the next several meetings,” according to Vital Knowledge founder Adam Crisafulli. That is especially true for May, where a 50-basis-point hike and the start of balance sheet reduction are “nearly guaranteed,” but also the June meeting, “where the Fed could very well hike by another 50 basis points,” he predicts.

Shares of Netflix fell over 3% on Thursday, a day after plunging over 35% on the back of dismal quarterly earnings. The streaming giant reported it lost subscribers for the first time in over a decade and forecasted it would lose even more this quarter. The stock was hit with a wave of downgrades from Wall Street analysts on Wednesday, with many experts warning that Netflix’s plans to revive subscriber growth could take years. 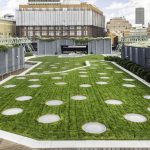 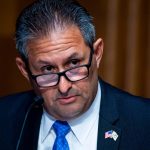